By Jacques Lob and Benjamin Legrand
Artwork by Jean-Marc Rochette 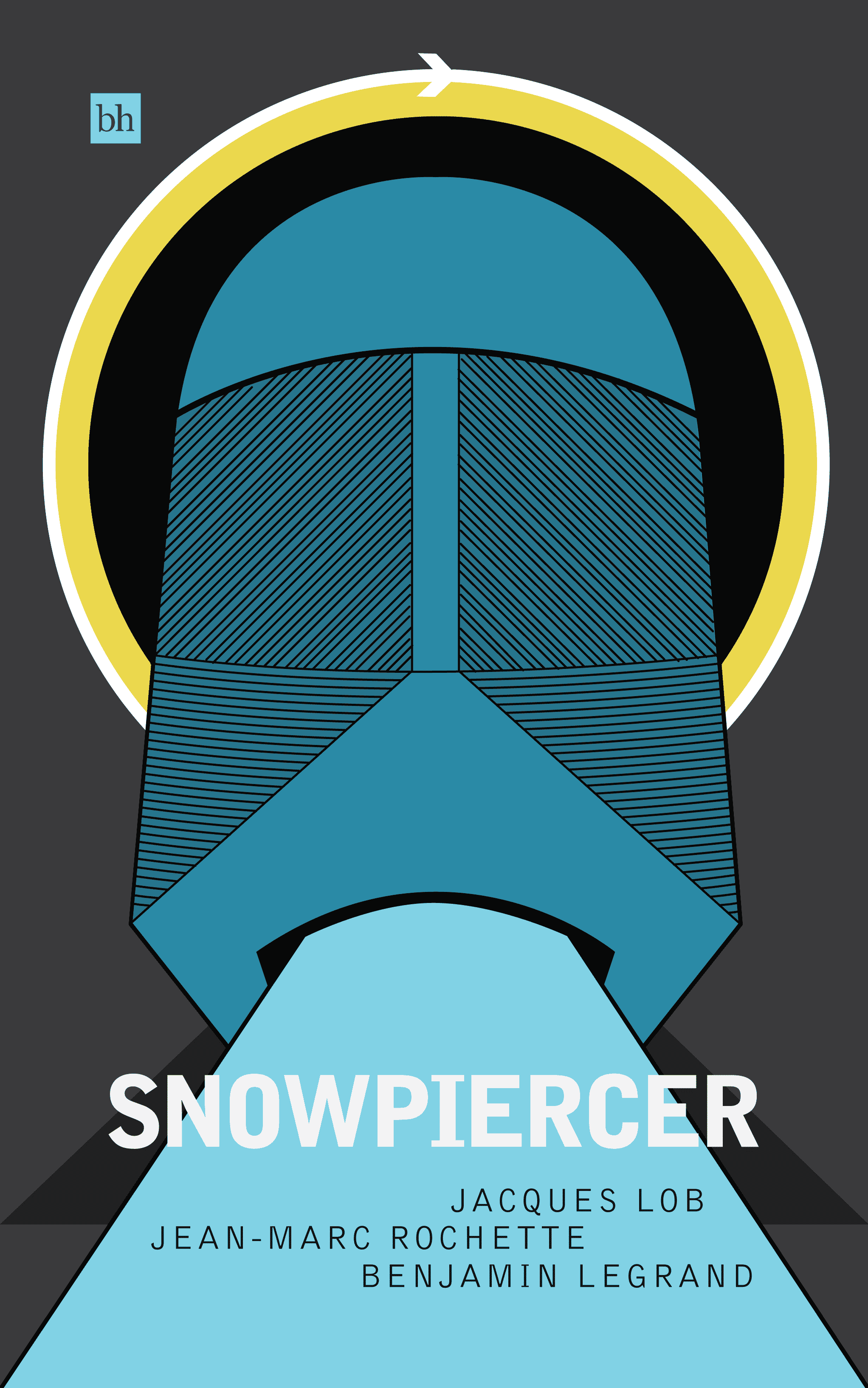 Dystopian science fiction at its finest. Snowpiercer tells the story of Earth's remaining population, survivors of a second ice age who endlessly cycle the world on a train powered by a breakthrough perpetual motion engine, capable of sustaining the warmth required for their survival. Told In the vein of genre classics like 1984 and Make Room, Make Room. Snowpiercer's sombre and bleak tone is highlighted by exquisite high contrast black and white artwork.

In the volume one, a brave passenger, Proloff escapes the cattle-class carriages and is quickly apprehended by authorities on entering the main part of the train. With orders to escort him to meet to meet an important figurehead, he is accompanied by Belleau, a human rights activist who wants to ensure he is treated fairly. Led under guard from rear to engine, carriage by carriage, they sees much debauchery as they pass the range of classes all the way to first. As they needle through the train, Proloff and Belleau will not only discover the secrets of it's ruling class and the mystery of engine itself but also a sinister plan to save the train from slowing down.

In the second volume, there is a slight shift in tone as Benjamin Legrand takes over the writing duties. Set on Snowpiercer 2, a larger and more advanced train from its predecessor, the story takes a more modern Sci-Fi turn almost feeling like a manga at times.

There is a much more grand society as a complete microcosm of the old Earth society has now been re-imagined on the super train. Politics, media and religious sects create a bustling mood not seen in the first train. High-tech opiates such as virtual holidays on tropical beaches are the working class only escape from monotony and have been created to preoccupy them in their play, while fear is used to keep them busy at work.

When Puig, an explorer (the name given to those who are sent on expeditions off train) is sent on a suicide mission, his unintended survival makes him a hero to the people. He uses his new found fame to make his way up the social ladder and into the political circle of the train. He is warned of course, that with his new found knowledge will come certain responsibilities and he soon learns much of the reality of their situation aboard the train. With the population eager to follow him, Puig takes the opportunity to veer off track, sending them to follow a faint musical beacon, a signal which gives them hope that there could be other survivors and mark an end to the ice age.

Snowpiercer is a tragic yet exciting story full of wonderful imagery, suspenseful drama and depth of character with a relevant thematic message... not much more you can ask for in a good read really.