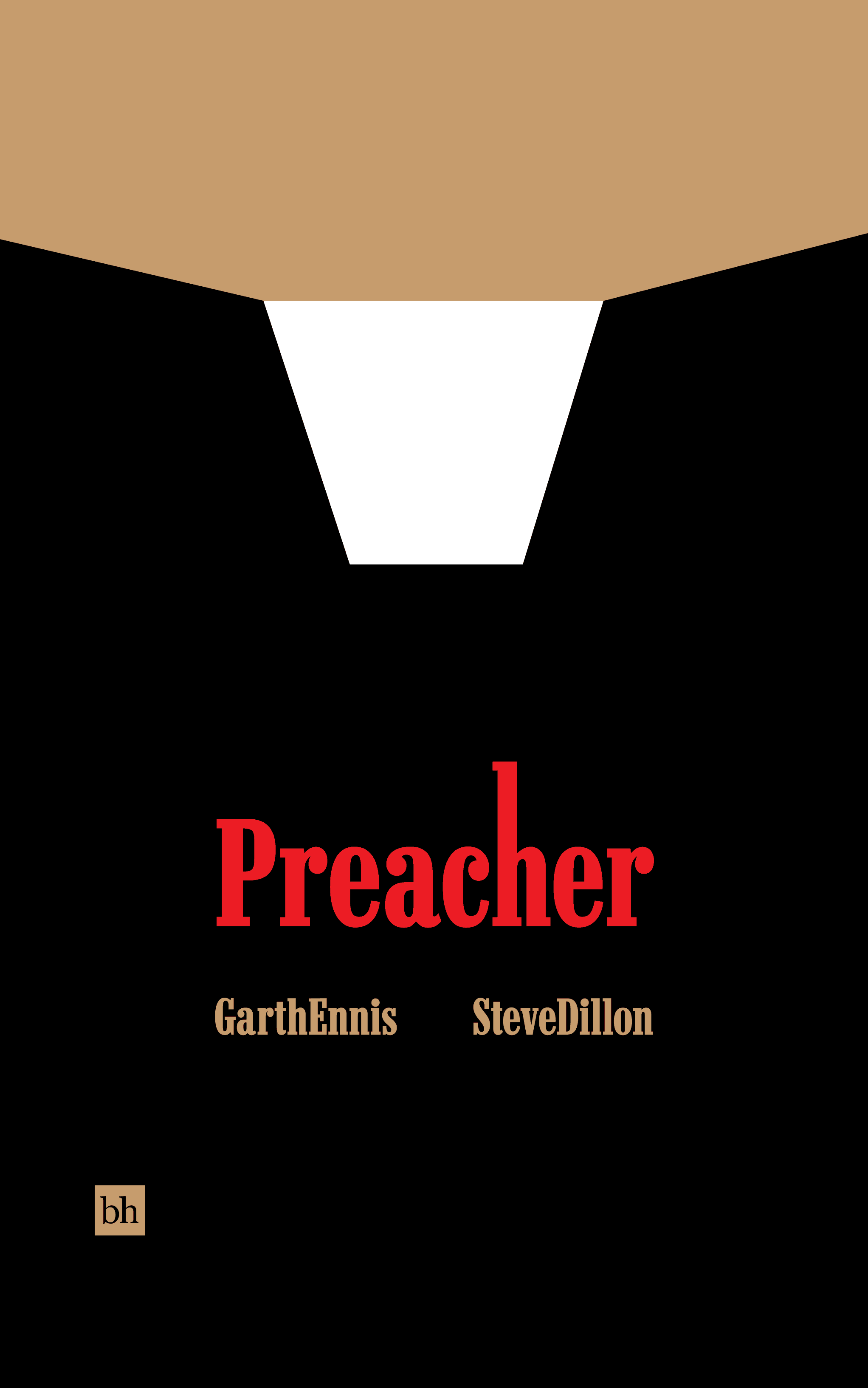 With rumours circulating that a Preacher television show is in production and with great things being said about the source material, I decided to take the opportunity to read it. If I had to describe it in a one sentence it would sound something like this; A preacher, a hit-woman and a vampire walk into a bar and then all hell breaks loose.

When the forbidden love between an angel and a demon spawns a child of heaven and hell, a divine cover-up ensues. Imprisoned by an order of Angels, the unnatural being known as Genesis escapes its heavenly prison and heads for Earth, entering the mind of Reverend Jesse Custer, giving him knowledge, power and a grave celestial secret.

Blending Christian mythology, bar room brawl action and a wild west frontier tone, Preacher is a grandiose adventure in which Warren Ellis creates rich characters as he flips all the stereotypes on their head. Fast, funny and not for the faint of heart or prudish (think True Blood meets The Good, The Bad and The Ugly)