By Alan Moore
Artwork by Gene Ha and Zander Cannon 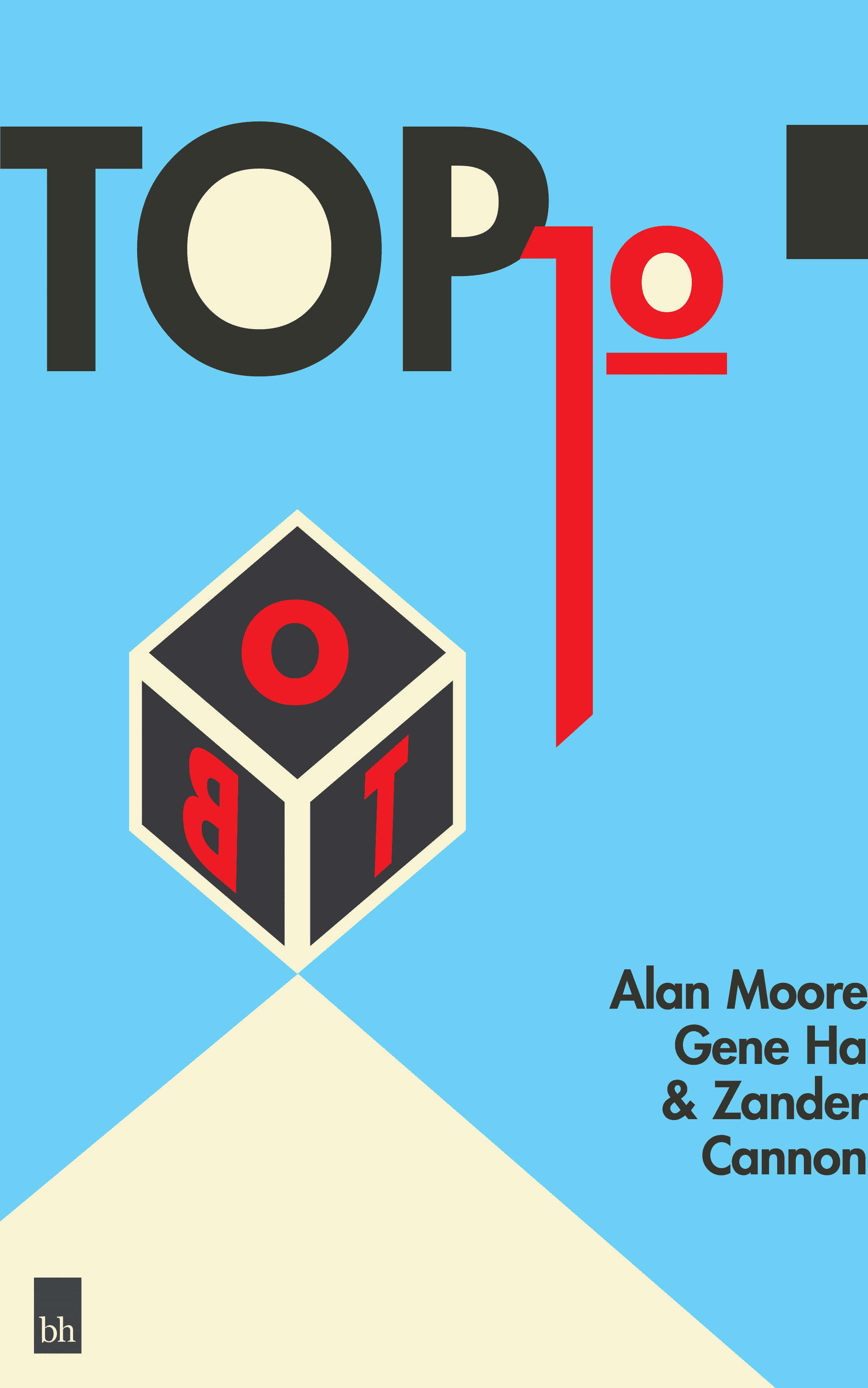 Neopolis, a city designed by Nazi scientists in an alternate reality to accommodate the ever increasing population of super humans or "science-beings". The Neopolis police force is tasked with keeping these super powered civilians in check and protect them from each other and sometimes even themselves.

Following the daily lives of the officers at Precinct 10 (Top 10), the series is a social commentary on various subjects including discrimination, social unrest and government. The tone fits somewhere in between Alan Moore's 2000AD work with its weird and wonderful characters which give the series a satirical spin and his darker writing, found in such works as V for Vendetta and From Hell.

The series kicks off when Toy Box arrives at Top 10 to join Neopolis' best ragtag law enforcement team. Fresh from the academy, she's thrown straight into the deep end by being partnered up with the super serious and powerful Smax.

The artwork features some interesting ideas which help shape the comedic and outrageous style of the story telling and there are a heap of visuals to soak up within the panels.

Alan Moore is one of the best developers of character in modern comic book writing and in Top 10 he once again brings to life strong female characters without resorting to cliches so prevalent in the medium. Weird, funny, serious and exciting all at once, Top 10 is 10 out of 10! Sorry, I couldn't resist.