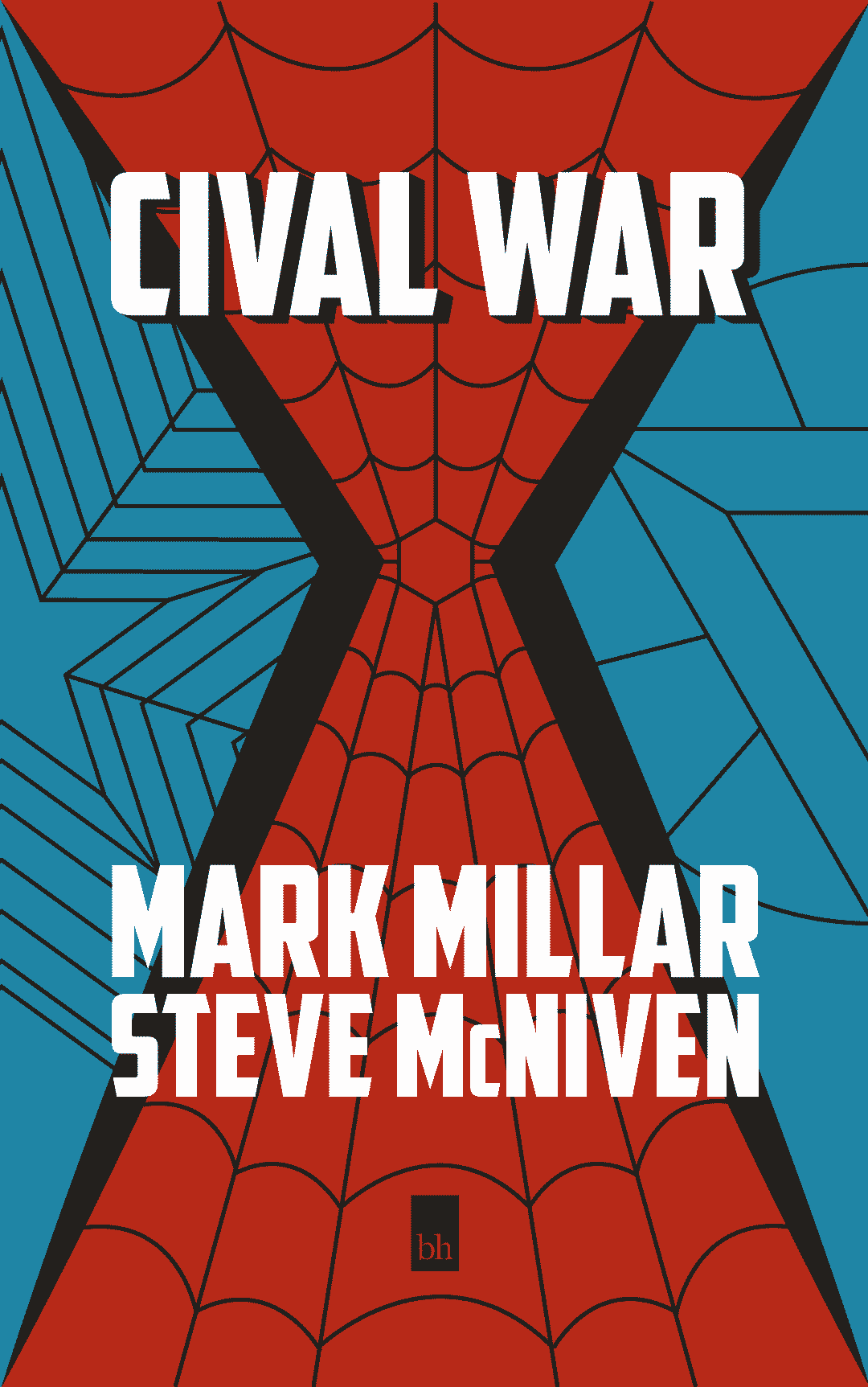 When a superhero reality television show contestant causes the destruction of a school, public uproar causes the government to take action. Passing a law that requires super-powered individuals to register and essentially unmask themselves to become government operatives, simmering differing ideology escalates to all out super war.

Superheroes and super villains alike must have to decide weather to join Tony Stark, Iron Man who believes change is coming one way of another, or Captain America, who believes the registration act will endanger those who sacrifice so much for the good of humanity.

At the centre of it all is the poster boy for Stark and SHIELD's conformists is Peter Parker, the unmasked Spider Man.

Civil War is not only immensely action packed, it is an interesting concept for a superhero comic which asks some obvious questions of the idea of super powered people. Mark Millar brings his a slightly toned down hyper stylized pop culture driven ultra-violent storytelling to this Marvel event and Steve McNiven's artwork accompanies it perfectly.