Miracleman Book One: A Dream of Flying

By Alan Moore
Artwork by Garry Leach and Alan Davis 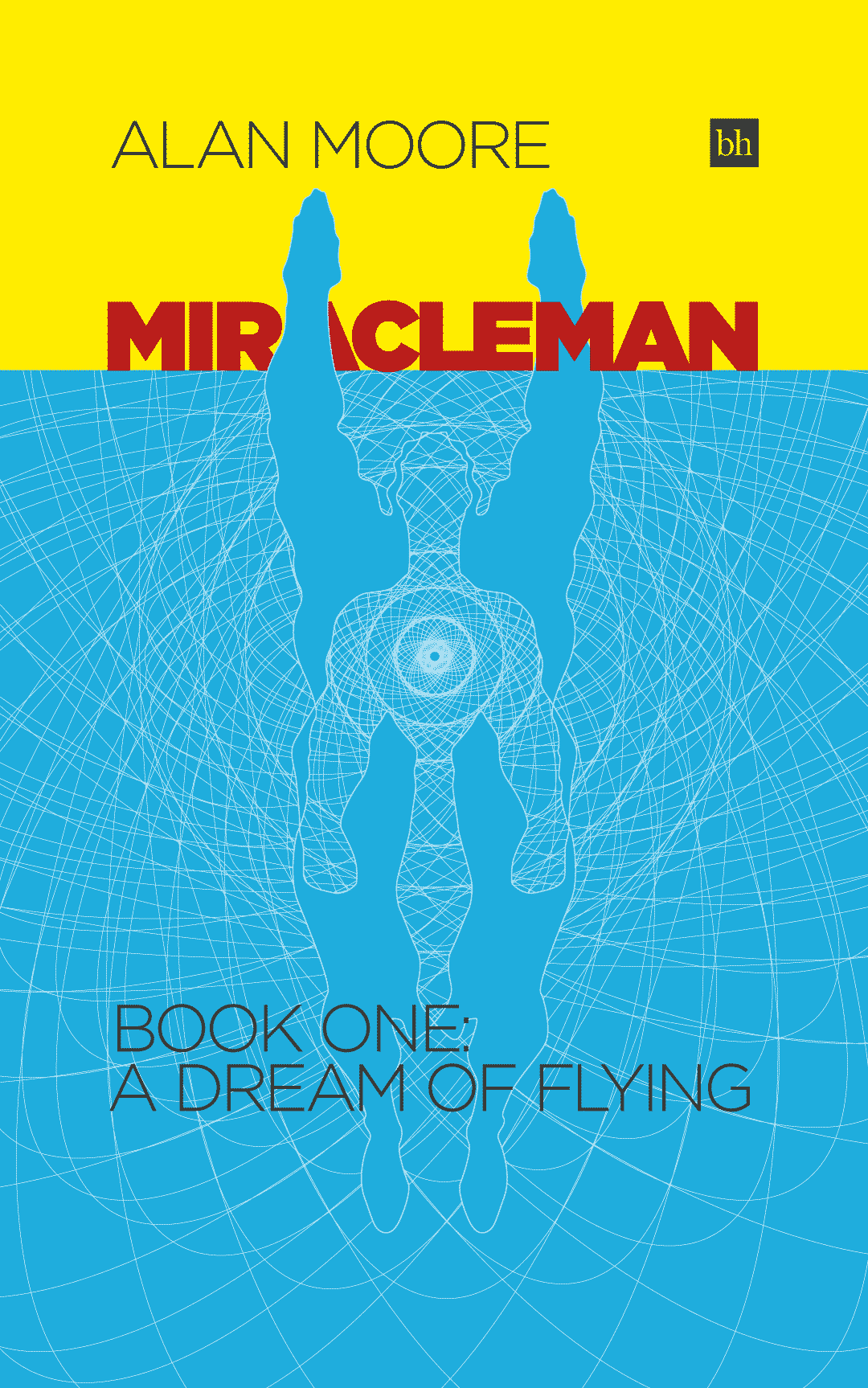 Mike Moran is having vivid dreams, or perhaps revisiting memories. He's young, powerful and flying, then things go bad and he wakes up in a panic, with migraines and an obsession about a word from the dream he is desperate to remember.

The forty something reporter is down on his luck and trying desperately to prove his worth to his wife. When he finally gets a gig to cover the opening of a new atomic power plant, his memory is finally triggered as a group of terrorist arrive and a cause panic.

The first volume of Alan Moore's (credited as 'The Original Writer') run focuses heavily on introducing the unique take on the superhero alter-ego concept. Whereas the superhero costume is usually symbolic and used to keep true identities secret, in Miracleman, when Mike utters the word "Kimota" he is more than transformed into Miracleman, it is as if Mike goes on the bench as Miracleman, a different being takes the field. This change causes interesting dynamics with his relationship with his wife as her fondness of this younger super-powered version of her husband becomes apparent.

Moore's examination on identity expands to the villain of the the piece, who's human alter ego is difficult to blame for the megalomania of his more powerful reserve.

A Dream of Flying is a great opener to a three part arc (reviews of parts two and three coming soon) which showcases Alan Moore's ability to take the superhero genre from simple stories about goodies versus baddies to another level. Recommended for anyone who enjoyed Watchmen specifically.