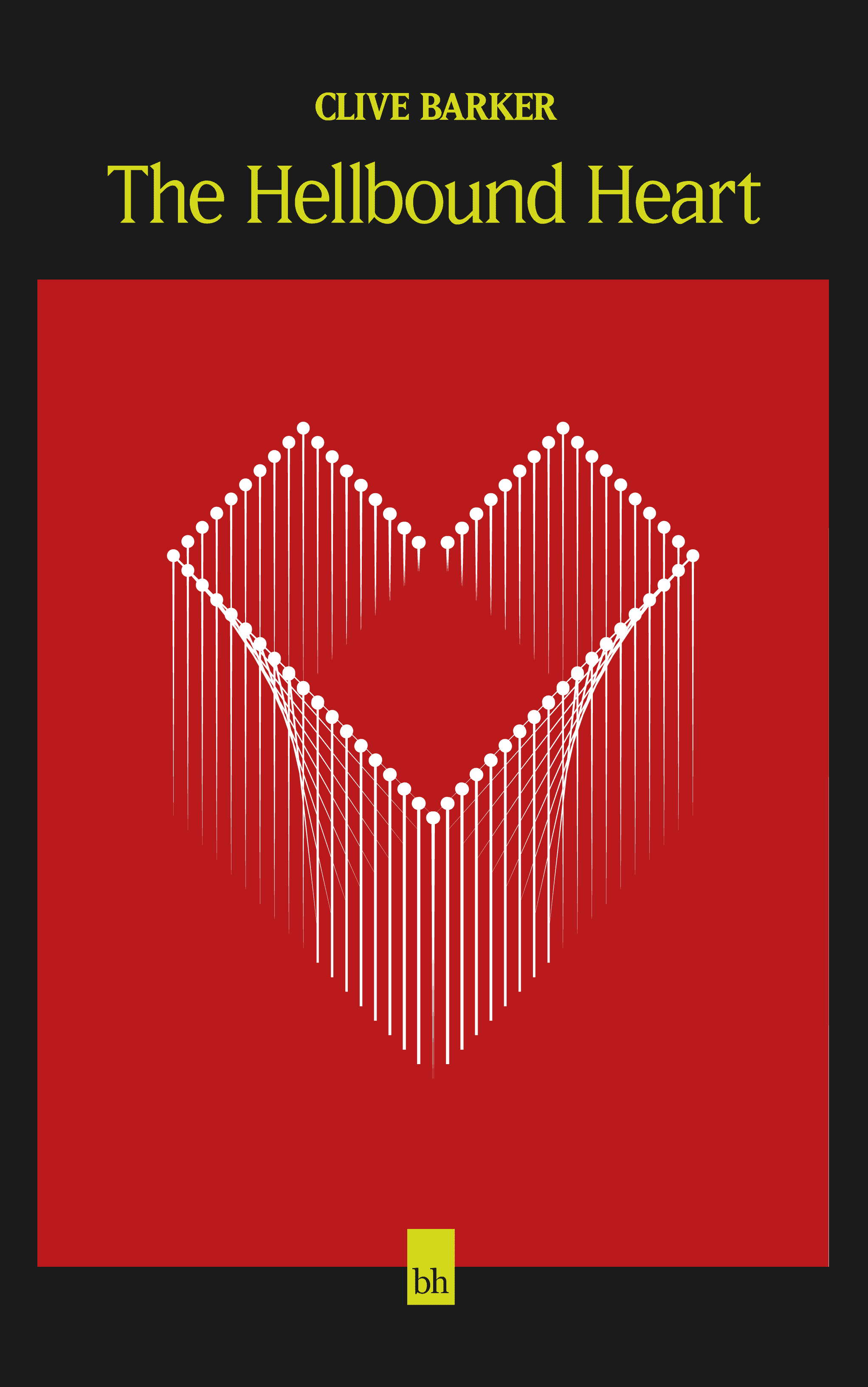 Clive Barker's novella has been made famous by the Hellraiser movie series which Barker self-adapted. However, where the movies falls squarely in the horror genre, unavoidable due to the imagery the book evokes, The Hellbound Heart could be viewed as a (albeit twisted and tragic) love story as much as a suspense thriller.

Frank is a hedonist, seeking pleasure after pleasure, each more extreme. However when he feels the need for higher highs than Earth can provide, he seeks out something out of this world. Unleashing the Cenobites (who have perfected the pleasures of sensuality) from a strange cubed puzzle, The Lemarchand's box. Frank believes he's finally found the pinnacle of his obsessive nature.

Things of course don't turn out as expected as the Cenobites' tolerance for sensation becomes torture beyond imagine for Frank. In desperate need he reaches out to his brother's wife Julia for help. A woman who once loved him and perhaps still does. The question is, how far will she go to return him to this world?

Despite being but a small book, the characters are fleshed out and their motivations ensure that though the imagination of Barker disturbs and pushes horrifying boundaries, it isn't for mere shock value. A story about obsession with thought-provoking ideas regarding the pursuit of earthly pleasures and the consequences of attaining one's desires.

Clive Barker's spine chilling, suspense thriller is a classic which may actually suffer a little by the iconic Pin Head portraits it has become synonymous with. That particular imagery always gave me the impression that Pin Head is the monster in a slasher type story, which this certainly is not. If you're put of by that idea, fear not and read this book.