The Land Without Stars (Valerian and Laureline Vol. 3) 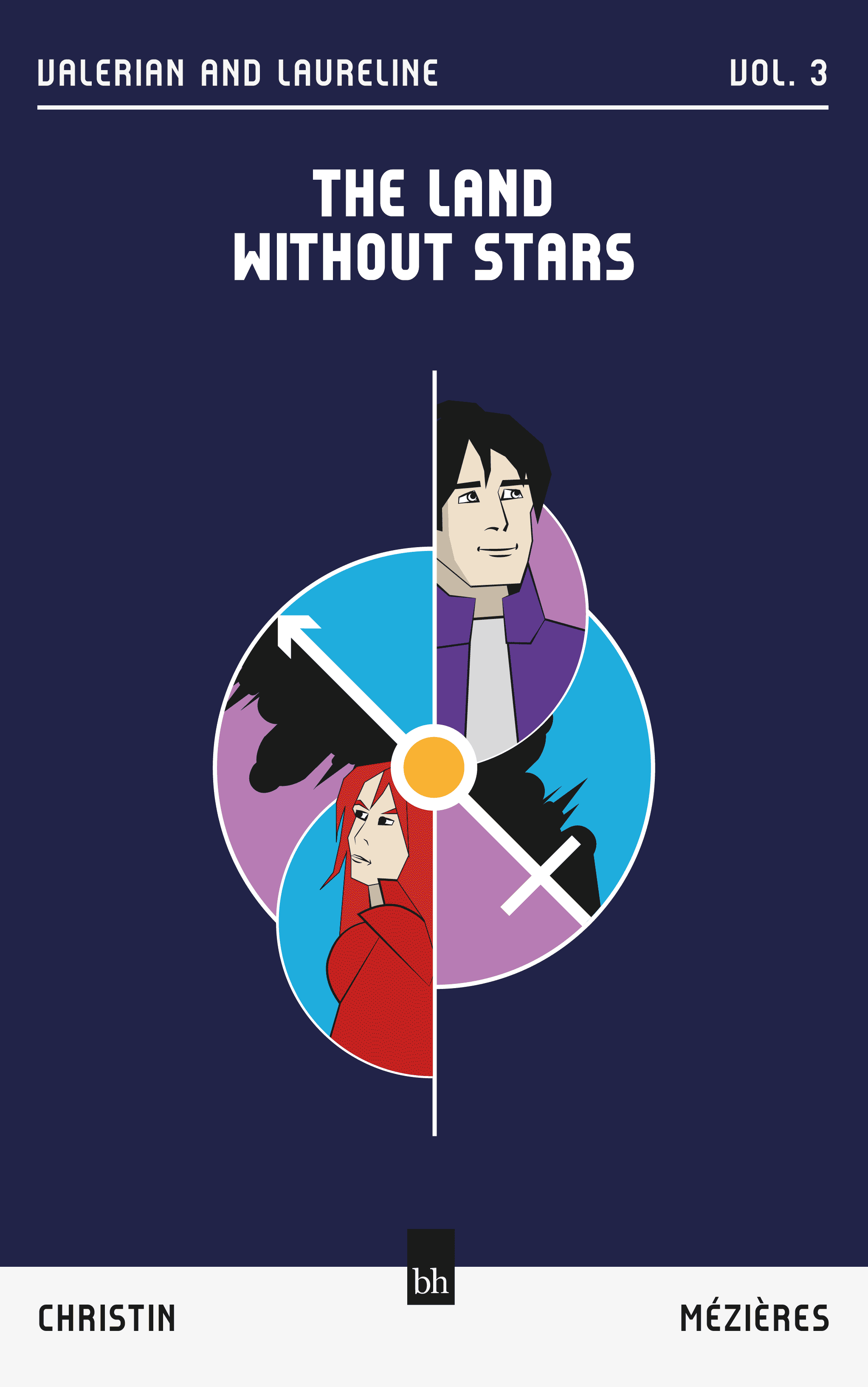 Where did you come from, little bird brain? War is violent... dirty... lethal even. Good only for women.

As the final preparations are made to settle new colonies in the distant solar system Ukbar and further Terran expansion, Valerian and Laureline are on one last tour of the settlements before heading back to Galaxity. However, things take a turn for the worst when a rogue planet enters the system and threatens to destroy it. With no time to evacuate the colonists Valerian and Laureline take action, making their way toward the planet.

On entering it’s atmosphere they discover that they can enter its crust and discover it’s is a hollow planet with a core that acts as it’s sun. On the surface they discover two factions waging a brutal war. Before they can change the planet's trajectory and save Ukbar, the Spatial-Temporal agents must convince the feuding parties to broker peace. No easy feat as the natives of Zahir have no understanding of the nature of the universe and little interests outside their on-going gender war.

More fantastical universe building by Pierre Christin and Jean-Claude Mézières as they fashion a planet “without stars” and culture which satirises both extreme patriarchal and extreme matriarchal societies while commenting on war and arms dealing. The society and setting is very well developed and we get a real sense of the different cultures and customs through some exposition and exquisite artwork with the battle scenes being particularly spectacular and inventive.

While a much lighter plot featuring much more humour than previous volumes it nonetheless layers interesting science fiction concepts with social commentary and a heap of fun, even if it is somewhat more pulpy than The Empire of a Thousand Planets.

For those keeping score, another piece of Star Wars inspiration from the series can be found in this particular adventure with Laureline wearing something much akin to Princess Leia’s famous slave outfit from Return of The Jedi.