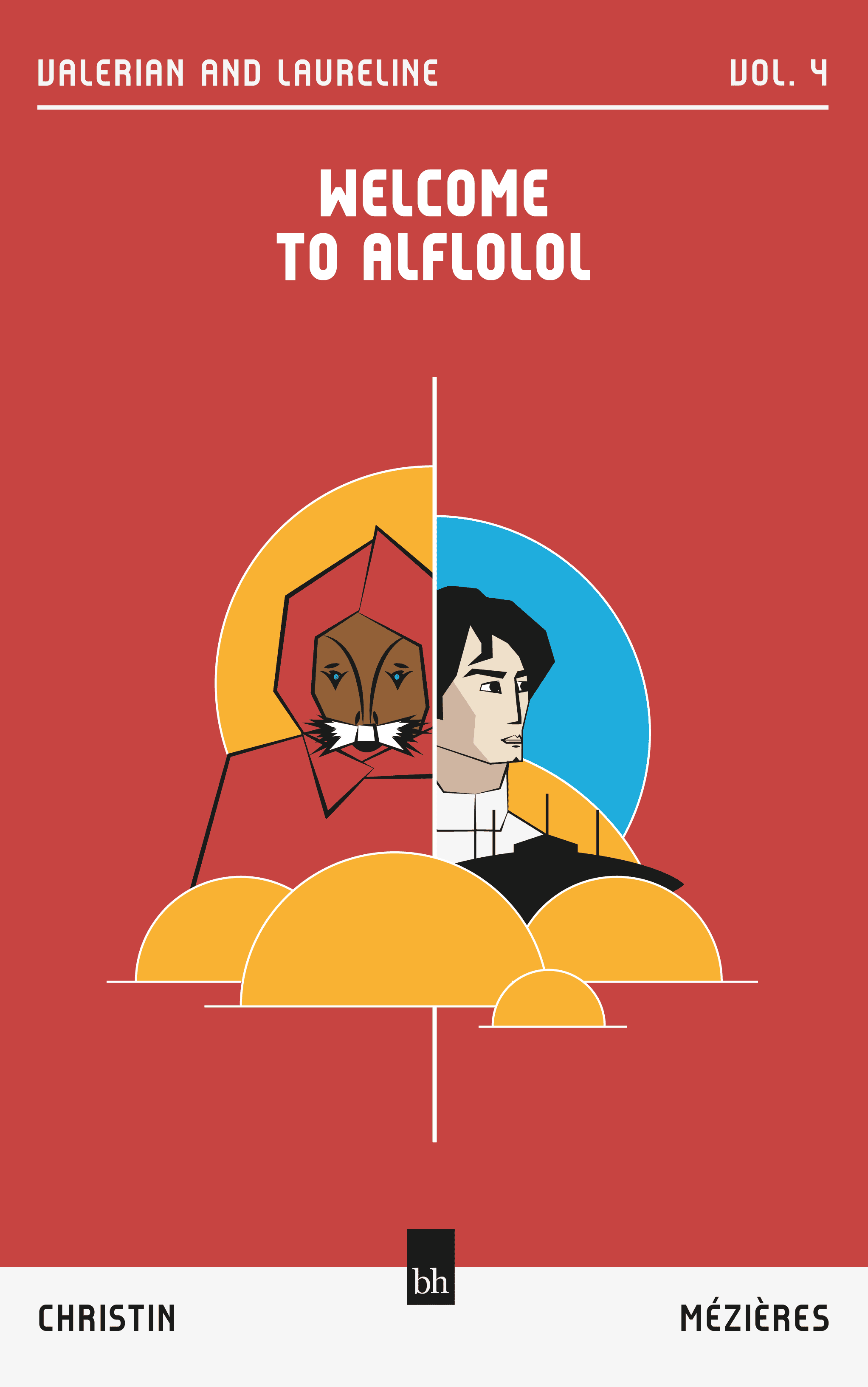 Technorog, crown jewel of the Terran Empire’s industrial colonisation. A planet which is essential to its economy as well as its technological advancement. As Valerian and Laureline are about to leave from a routine tour, they discover a spaceship in distress and save the crew onboard. To their amazement, the crew are natives of Technorog, known to them as Alflolol, who have returned after a long expedition.

Though Earth’s law stipulates that any indigenous peoples of a planet must be allowed to return to their ancestral land, a scenario where they’d been long believed to be extinct has never been experienced. With so much of their industrial exploits at risk, Technorog’s governor assigns Valerien to oversee a less disruptive way of resettling the Alflololians than giving them the land which the great city of Technograd is built on.

When confronted with a culture so very different from their own and seeming insignificant against the backdrop of the needs of an Empire, the letter of the law is tested, as is Valerian’s relationship with Lauraline, who is much more sympathetic to the Alflololians rights. Welcome to Alflolol takes us on a journey through the various stages their ‘re-insertion’ attempts from segregation through to violence. However the heavy themes are balanced with the series’ trademark humour which arises through the juxtopotision between the jovial Alfololians, who run amok and cause much grief for the uptight Governor of Technograd who tries to keep business running as usual on the colony.

While this particular adventure doesn’t quite go as far as to paint the Terran’s as invaders, it does a good job of analysing the difference between having righteous ideals and actually acting upon them and while the resolution is a little convenient it is still is a very enjoyable and important addition to the series.