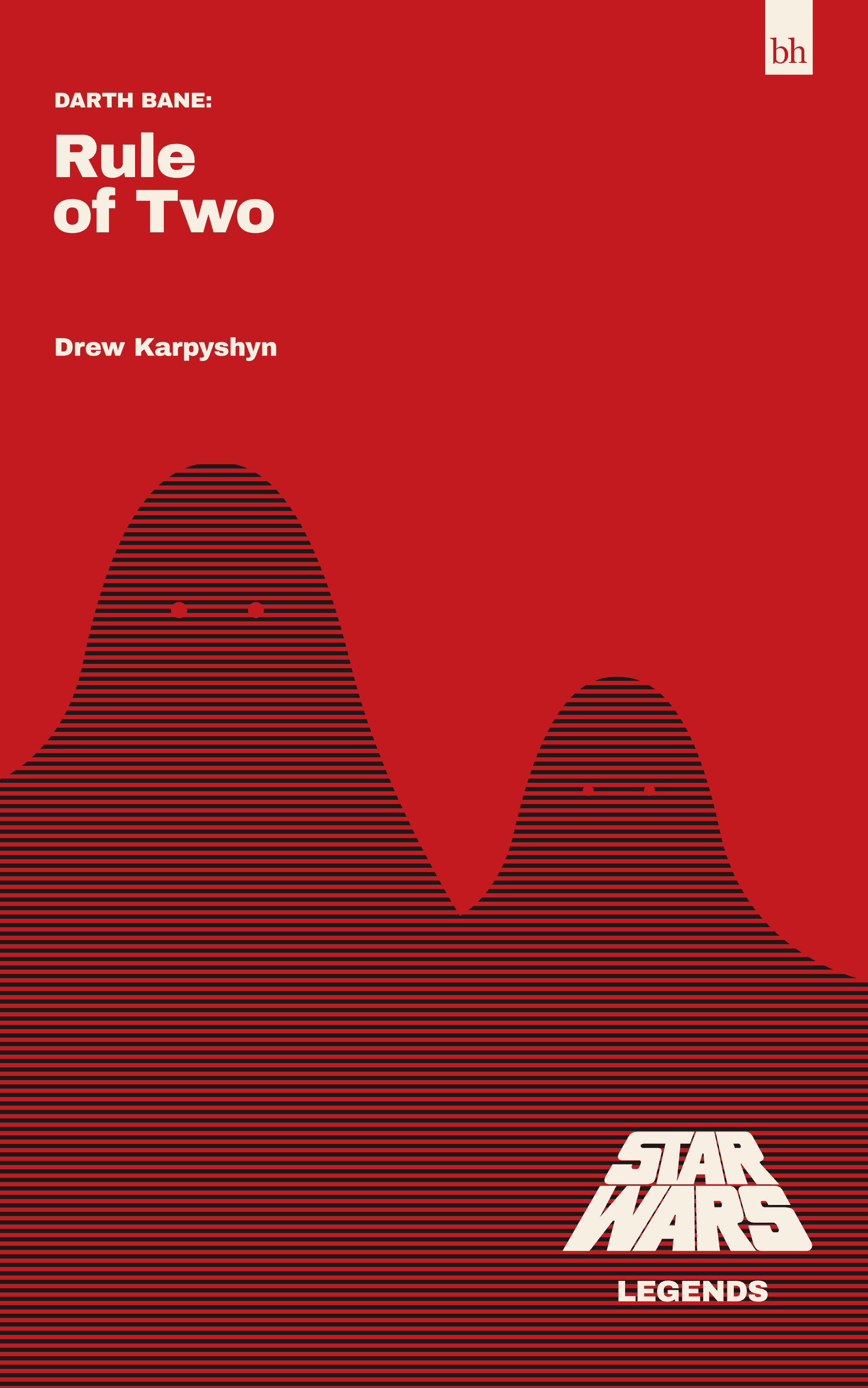 In part 2 of the Darth Bane series, the war on Ruusan is over and the Jedi believe the Sith destroyed for good. Yet Darth Bane survived and took a young apprentice after the brotherhood was destroyed. His plan to return the Sith to the rule of two (master and apprentice) complete, he sets about to gain power and influence through cunning.

Whereas part 1 focused purely on Bane's path to darkness, the scope in Rule of Two greatly expands, opening up new worlds and characters. The story heavily focuses on Zannah (Bane's apprentice) as well as the young Jedi, Jonah and Zannah's cousin, Darovit. In truth, Bane almost becomes secondary here, his shadow is cast on every page but he's not there and we can't sympathise as much with his motives now; scheming from the shadows and obsessively trying to create his own holocron. While he performs Sith rituals in order to grow his power, Zannah takes centre stage as she spans the galaxy, implementing her master's plans through seduction and subtle influence.

Whereas I found Path of Destruction to be an interesting study on a good man turning down a darker path set against the Star Wars backdrop, Rule of Two is very much a Star Wars story. Assassination attempts, political intrigue and galaxy spanning adventure are to be found throughout at a rapid pace while Lightsaber battles spill off the edges. All in all, the book serves as a complex action adventure, now that the pieces set in the first part are in place.

Whereas I could somewhat recommend the first book to most readers, this one is for Star Wars fans looking for high adventure and loads of action.