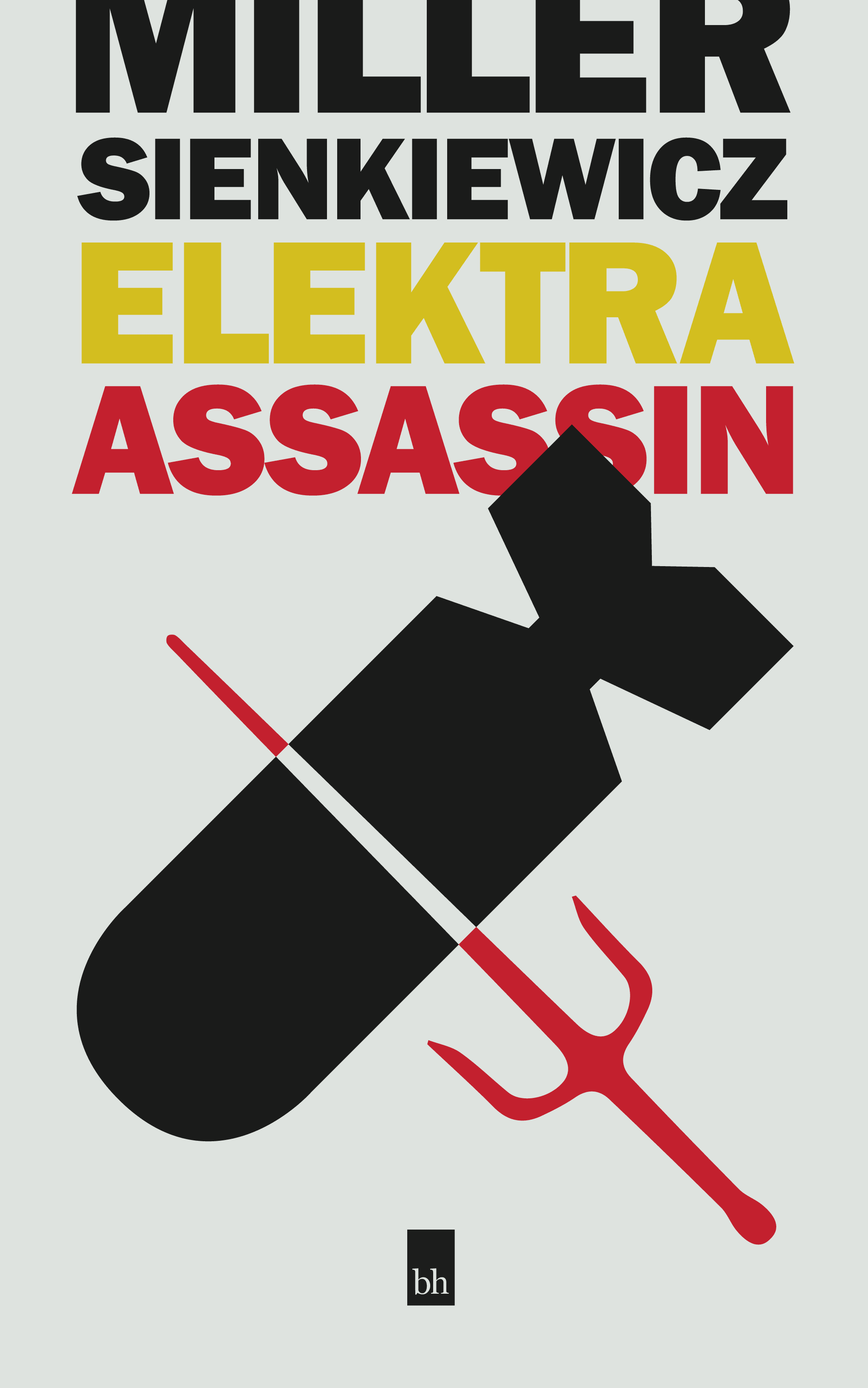 Against a backdrop of cold war tension amplified by a Presidential election Elektra returns, on a single-minded mission to eliminate a high-profile target. As she'd previously been presumed dead when the series was released, it isn't clear whether our favourite Sai wielding ninja has been revived or if these issues are not continuations in a linear canon of Frank Miller's longer Elektra run. Either way, the story stands alone and twenty years on, it's unlikely many readers would even be aware of this.

The story itself is vintage Frank Miller, released in his mid-eighties peak and features cyborgs, ultra-violence, political intrigue and layered characters far from your straight-forward good versus evil superhero/villain tropes. Told in fragments from shifting points of view between shady S.H.I.E.L.D agent John Garrett and our our titular assassin, the narrative can get difficult to follow at times however the pieces do fall in line as it reaches it's epic conclusion.

The artwork by Bill Sienkiewicz could not be more perfect for the tone and approach of Frank Miller's writing which features little dialogue but rather inner monologues and reports. Bringing the intrigue to life is vibrant, distorted, chaotic, uncomfortable and disturbing imagery by one of the most unique artists in the genre.

More Ronin/Hard Boiled, than The Dark Knight Returns, Elektra: Assassin is one of the lesser celebrated stories from the Frank Miller heyday.