The Internet of Money: Volume 2 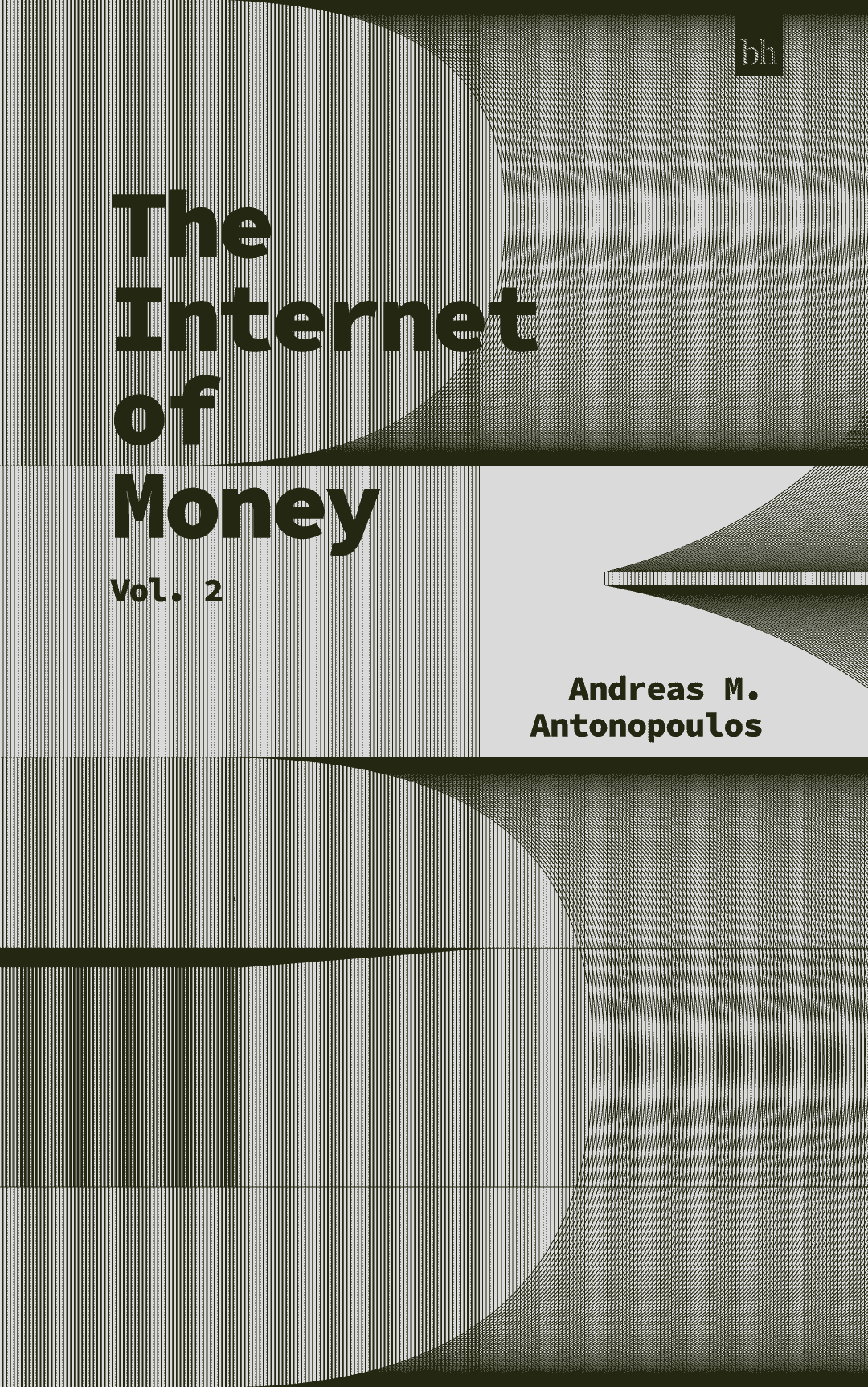 The follow up to The Internet of Money continues the formula of basis chapters on Andreas’ talks, arranging them to flow as part of a coherent narrative. Where is differs from the first installment is that, as Bitcoin and the technologies which underpin it have grown and their use has permeated mainstream culture since the release of the first book, so too does Andreas’ broaden his exploration of them in a societal context, outside of finance.

In Volume 2, Andrea’s examines how the technology not only can disrupt institutions but also why people are actually seeking alternatives to the known establishments. This extends beyond, finance to transport, communication and news. A particularly insightful breakdown on the emergence of fake-news is probably my favourite chapter in this book and illustrates the power of something like Bitcoin without talking about it as a cryptocurrency.

Andreas’ also focused much of the book on discussing a concept which is foreign in many ways to how we think of digital content; that it can be unalterable and therefore remove the need for authority (which offers some sort of security at the cost of privacy and fees) to set the conditions for transactions. This is the crux of his argument really, that those trying to cling to control, based on an established order they oversee will lose a revolutionary battle which this emerging technology allows people to fight.

While I perhaps enjoyed this more than the previous, it can’t be read in isolation unless you have enough grounding in the concepts outlined in the first. Essentially, The Internet of Money Vol. 1 and 2 read as I book and coincidentally I believe that version has been released.

Articulate, important and insightful, this is a must read for those interested in emerging technologies.